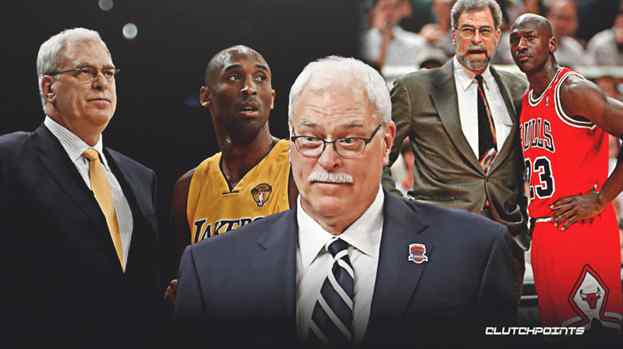 “Forget mistakes, forget failure, forget everything, except what you are going to do now and do it. Today is your lucky day” – Will Durant, American writer.

There are certain books that we read, and experience several moments of euphoria, triggering something inside you. I won’t say awakening which is too profound a feeling but the book has a certain effect on you, nudges you, alters your thinking and charts out a path you have always been seeking. For me, the first such book was the Wharton University professor, the late C K Prahlad’s “Fortune at the Bottom of the Pyramid” which I read in 2004 or 2005. There have been a few others between then and the latest such book which was Phil Jackson’s “Eleven Rings: The Soul of Success”.

For those who may not follow basketball so closely and the National Basketball Association (NBA) in the United States, Phil Jackson is the maverick coach who led Michael Jordan’s Chicago Bulls to six NBA titles between 1991-1993 and 1996-1998. And if that was not enough, he then coached Los Angeles Lakers and its temperamental superstars in Kobe Bryant and Shaquille O’ Neal to five NBA titles again over two periods of 2000-2002 and 2009-2010. Hence the title of his book – Eleven Rings, each ring symbolizing a title win, as in the NBA, rings symbolize status and power. And by the way, he had won two NBA titles as a player with the New York Knicks in the early seventies. If you have watched the highly acclaimed Netflix series “The Last Dance”, you will know who Phil Jackson is. His coaching accomplishments and the way he went about achieving them makes him the nonpareil, the maestro.

Coaching teams to win a highly competitive championship which the NBA undoubtedly is, that is just part of the story. Managing their egos, their tantrums, their larger-than-life personas of the “Most Valuable Player” (MVPs) such as Jordan, Kobe, Shaq, Scottie Pippen, the hedonistic Dennis Rodman and the other talented players has perhaps been his greatest achievement. To top that he had to handle the demanding owners and an egoistic General Manager of the Bulls in Jerry Krause. And yet he also found the time to date Jeanie Buss, the LA Lakers owner’s daughter who was also the team’s President. What a legend! His holistic approach to coaching sprinkled with the liberal use of the Eastern Zen Philosophy and the Native American spiritual practices makes his leadership and man management coaching style unique, perhaps unorthodox yet supremely successful. He is known for leading an uncomplicated yet out of the box work ethic which has been the essence of his marvelous yet successful journey as a coach. He coached his teams to master the “Triangle Offense”, basketball’s offensive strategy, a playing technique developed by his assistant coach Tex Winter. Triangle offense is considered to be the optimal way for five players to space the floor on the basketball court. Let me share with you some key insights and philosophies I enjoyed while reading the book, which I hope to make a part of my lifestyle.

In his book Eleven Rings published in 2014, Jackson espouses the simple philosophy of “Staying in the Moment”, a phrase most of us would have heard several times, be it while playing a sport or while tackling a domestic issue or while managing work. It is indeed a simple philosophy yet difficult to master since our mind is in the habit of wandering and it is important that we train our mind to stay in the moment. Another key tenet of his coaching style was that the team is larger than an individual. Always and every moment! Of course the team is the ultimate, but not when you have multiple superstars on your side. This was a particularly difficult task for him when you have legends such as Jordan and Kobe who possess once in a generation talent and expect everyone in the team to match their talent and skill. They become impatient with the rest. And who are these rest? They are no ordinary mortals but stars and world beaters. Steve Kerr, Toni Kukoc, Ron Harper and Horace Grant of the Bulls. Pau Gasol, Derek Fisher and Rick Fox with the Lakers. He had to reign in the superstars and ensure that they worked with the other team members even at the cost of scoring fewer points themselves. In his words, “What moves me is watching young men bond together and tap into the magic that arises when they focus with their whole heart and soul, on something greater than themselves. Once you have experienced that, it’s something you never forget”. He tackled this problem by adopting the “tribal philosophy” of elevating from a stage where one is focused primarily on individual achievement and driven by the motto “I am great and you are not” where winning is personal and the result is a collection of lone warriors to the stage which is dedicated to tribal pride and the overriding belief that “we are great and they are not”.

With leadership as with most things in life, the best approach is always the simplest. To support this approach, Jackson passionately followed these eleven key coaching and mentoring beliefs which are self-explanatory

Another interesting philosophy of his coaching and leadership style was “to hear the unheard”. For only when a ruler has learned to listen closely to his people’s hearts, hearing their feelings uncommunicated, pains unexpressed and complaints not spoken of, can he hope to inspire confidence in the people, understand when something is wrong and meet the true needs of his citizens. Couldn’t agree more with Jackson as I have experienced this so often while interacting with people (I am also guilty of this folly time and again) that listening, which is such an important skill, is missing in most of us.

As indicated before, Jackson was a true believer in the Buddhist Zen philosophy. One of his mantras borrowed from a Zen saying was “Before enlightenment, chop wood, carry water. After enlightenment, chop wood, carry water”. The point being stay focused on the task at hand, rather than dwelling on the past or worrying about the future. The key to becoming a successful NBA player is not learning the coolest highlight reel moves. It’s learning how to control your emotions and keep your mind focused on the game, how to play through pain, how to carve out your own role in the team and perform it consistently, how to stay cool under pressure and maintain your equanimity after crushing losses or ecstatic wins.

A fascinating book everyone must read. Hope the snippets I have shared inspires you to pick up the book. Let me end with another quote from the several that one can find in the book. “A journey is like marriage. The certain way to be wrong is to think you can control it” – John Steinbeck, Nobel Prize winning American Author.